Main Text - 1 Peter 1:10-12
[10] Concerning this salvation, the prophets who prophesied about the grace that was to be yours searched and inquired carefully, [11] inquiring what person or time the Spirit of Christ in them was indicating when he predicted the sufferings of Christ and the subsequent glories. [12] It was revealed to them that they were serving not themselves but you, in the things that have now been announced to you through those who preached the good news to you by the Holy Spirit sent from heaven, things into which angels long to look.

Main Points: Concerning this salvation…
1. Salvation was revealed by God and predicted by His prophets throughout history (Deuteronmy 18 - Moses - a prophet like me will come; Isaiah 53 - the suffering servant)

2. Salvation has been incredibly anticipated
-From Tim Keller book, "Preaching" Chapter 3 quote:
"He is the hope of the patriarchs. He's the angel of the Lord. Then go to Exodus through Deuteronomy. He's the rock of Moses. He's the fulfilled of the law - both the ceremonial law, because he makes us clean in him, and the moral law, because he earns the blessing through his perfectly righteous life. He's the final temple. Now go to the history of Israel after Moses. He's the commander of the Lord's host (Joshua 5). He's the true king of Israel - indeed, he's the true Israel. He fulfills everything Israel was supposed to do and be. Now look at the Psalms, the songs of David, in which Jesus is the sweet singer of Israel (Hebrews 2:12). Then go to the prophets, and there he is the promised King (Isaiah 1-39), the suffering servant (Isaiah 40-55), and the world healer (Isaiah 56-66). Go to Proverbs and find that he is the true wisdom of God. To those who are being saved, the cross is the wisdom of God (1 Corinthians 1:22-25)."

3. Salvation was announced to you
-The word “you” is used four times in these short three verses
-You are the special center of this passage
1. The prophets were serving you
2. The sufferings of Christ were on your behalf
3. It was announced to you by people who were sent to you
4. The Holy Spirit was sent for you as a helper
5. The attention and intrigue of the angels looking in on you
6. Your salvation is the most important thing in this life

Romans 10:14-18
[14] How then will they call on him in whom they have not believed? And how are they to believe in him of whom they have never heard? And how are they to hear without someone preaching? [15] And how are they to preach unless they are sent? As it is written, “How beautiful are the feet of those who preach the good news!” [16] But they have not all obeyed the gospel. For Isaiah says, “Lord, who has believed what he has heard from us?” [17] So faith comes from hearing, and hearing through the word of Christ. [18] But I ask, have they not heard? Indeed they have, for “Their voice has gone out to all the earth, and their words to the ends of the world.” 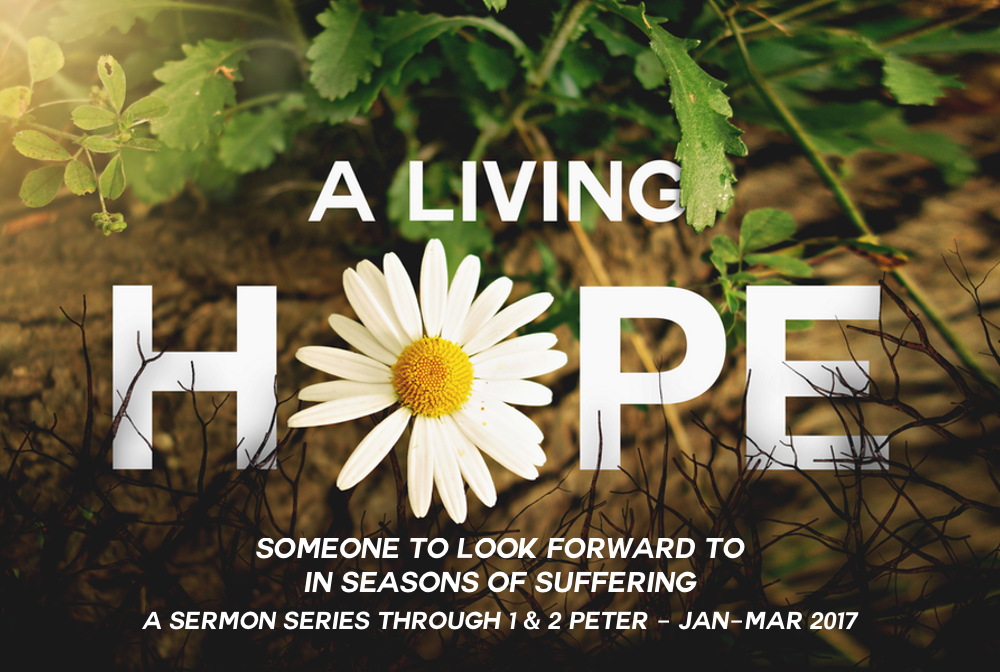 More in A Living Hope

Allowing yourself to be led by the Great Shepherd

How to Resist the Temptation to Walk Away from the Faith