Ridgeline's founding pastor is Gibson Largent. Gibson planted Ridgeline out of Riverside Community Church where he served as an associate pastor from 2007-2011. He and his family moved to the Philadelphia area after attending the Southern Baptist Theological Seminary from 2005-2007 in Louisville, Kentucky. He is originally from Norman, Oklahoma. He and Julie have four kids and live in Souderton. 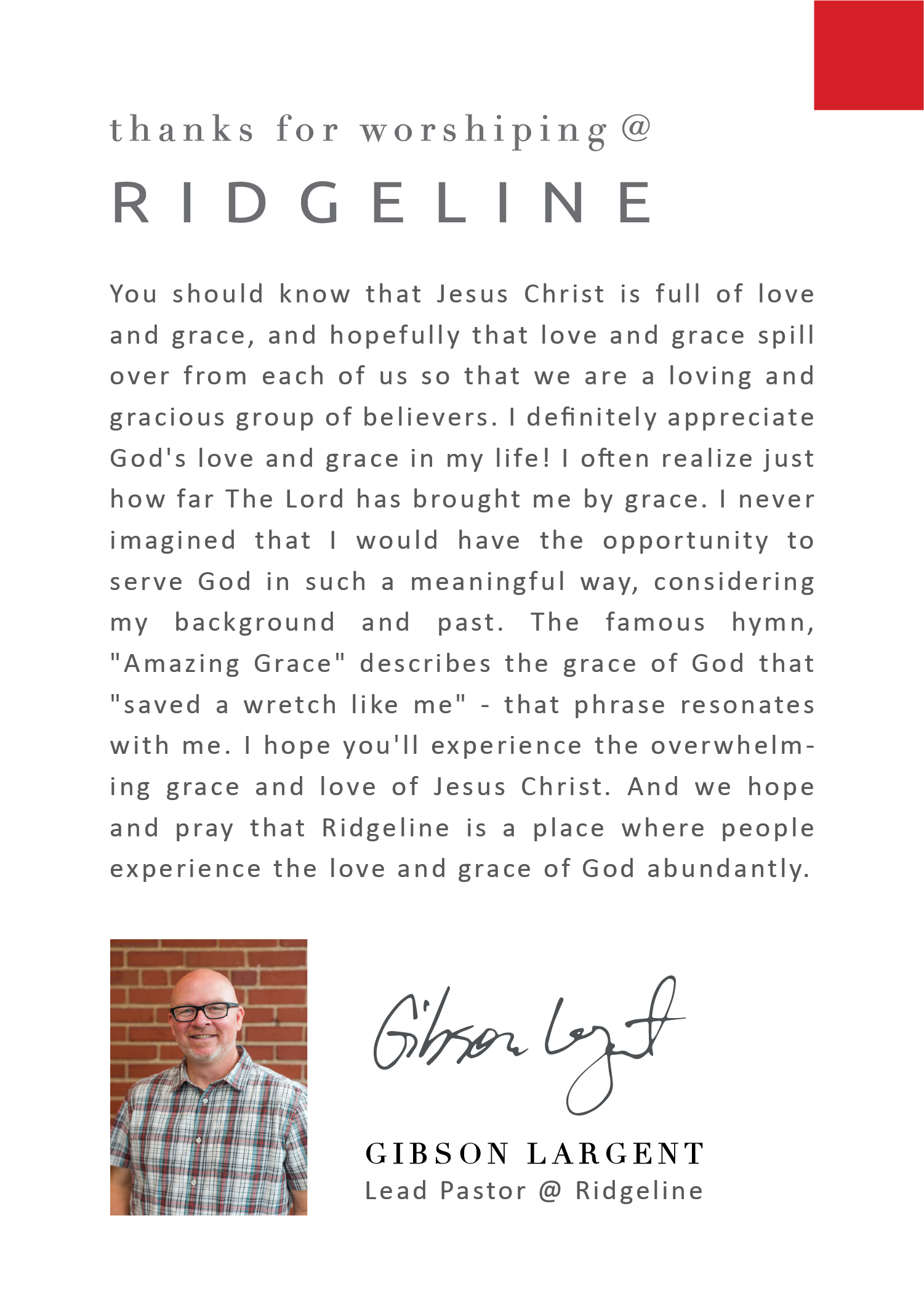